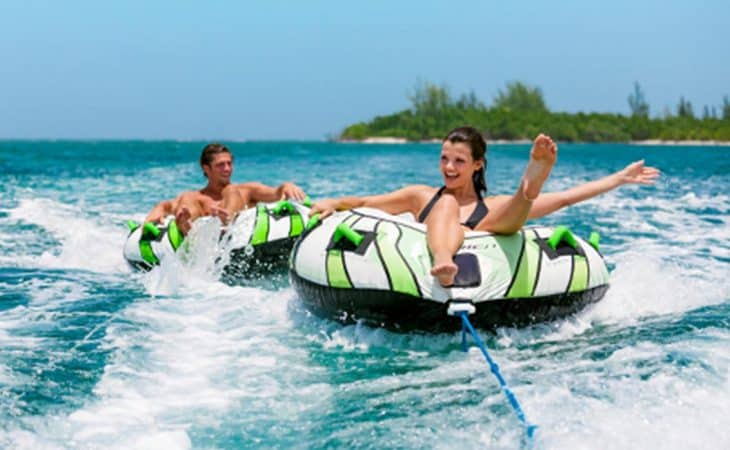 Watersports are often overlooked in comparison to the more popular mainstream sports that are played up and down the country, but especially in summer, we see a huge incline in the number of water sports that are played both in a professional and leisurely situation as more and more people look for ways to have fun whilst beating the heat. Many would argue that the popularity of watersports hasn’t changed with the range of activities remaining as popular as they’ve ever been, however, with a lack of coverage compared to the other sports we see on TV and social media that may not be the case. With the overbearing favoritism of sports like soccer and baseball, smaller watersports can often be forgotten about in a professional capacity, for this to change we would have to see a growth in popularity in these sports as a leisure activity which has definitely occurred recently for some of the sports detailed below.

Swimming is a water sport that has arguably remained at a constant in terms of popularity, whether you take part in this activity as a part of a professional team or just for personal exercise, swimming has been proven to have outstanding benefits towards fitness as it works out multiple areas of the body through one form of exercise. It is common to see a rise in pool attendance during the months when the weather is hot, people turn to swim as a way of cooling off as well as working out. Swimming is also very popular as a competitive sport with team memberships also rising in popularity, being on a swim team is a big achievement that with a commitment to training can lead to a very successful career. 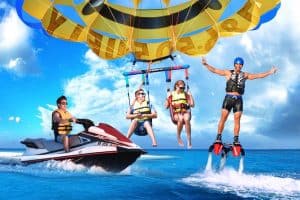 Water polo is another watersport that has seen a significant increase in popularity, two teams are each in charge of protecting a goal from the opposite team, in order to score players must get past the opposing team’s defense and throw the ball into a goal to score points. This competitive game is again played in a professional and leisure capacity with water polo teams being a common occurrence at many leisure centers around the country. With a similar concept to football, it doesn’t come as much of a surprise this activity is coming back to the world of mainstream sports.

Considered to be more of leisurely activity, scuba diving has always been very popular within beach locations, offering fun for all ages as well as the opportunity to see the unique underwater world diving has remained at a constant in terms of popularity. This water sport attracts both sports fans and nature enthusiasts as it not only provides the opportunity for exercise but there is also the chance of seeing some amazing aquatic wildlife. If you get the chance to go diving then I would definitely recommend taking an underwater camera to record any of the natural sights you are lucky enough to see.

A final water sport that has definitely come back in terms of popularity would have to be surfing, the adrenaline rush and ironically relaxing feeling that comes with spending time surfing the waves is unlike anything else you could experience. It’s a mystery why surfing saw a drop in how many people took part in the first place, as it is such a unique watersport in comparison to mainstream sports. The increase in surfers hitting the waves has led to an increase in business and tourism as more and more people are taking the opportunity to get out on the waves and invest in their own boards.